The 2018 Georgia Algebraic Geometry Symposium is a wrap!  This was the first time that the annual conference was held at Georgia Tech, and I thought it went very well.  Each of the eight talks seems to have been well-received, and some spectacular new results were announced.  Here’s a quick summary of (what I remember about) the talks: 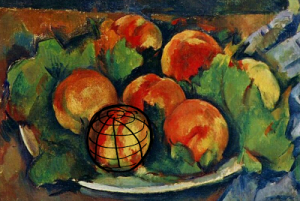 Linda Chen spoke about this paper on Brill-Noether varieties and degeneracy loci, which represents joint work with Dave Anderson and Nicola Tarasca.  They give combinatorial formulas for the algebraic Euler characteristic of certain generalized Brill-Noether varieties in terms of fillings of skew-shaped tableaux.  This recovers and generalizes earlier formulas due to Eisenbud–Harris, Pirola, and Chan–López–Pflueger–Teixidor for Brill–Noether curves.  There is substantial overlap in terms of results with the recent independent work of Chan-Pflueger, but the techniques are quite different: Anderson, Chen, Tarasca use K-theoretic formulas for degeneracy loci while Chan and Pflueger use limit linear series.

June Huh spoke about Kazhdan-Lusztig theory for matroids.  June announced a couple of major new results proved jointly with Tom Braden, Jacob Matherne, Nick Proudfoot, and Botong Wang.  Although they are still writing down the proof and checking all the details, June expressed confidence that they have now proved the Top-Heavy Conjecture of Dowling and Wilson for all matroids.  In addition, they can prove non-negativity of the coefficients of the matroid Kazhdan-Lusztig polynomial.  The technique of proof is analogous to, but significantly more complicated than, the proof of Rota’s log-concavity conjecture by Adiprasito, Huh, and Katz (described in my AMS Bulletin paper, for example).  In particular, they have found a way to define a combinatorial analogue of intersection cohomology, and they establish combinatorial analogues of the Hard Lefschetz Theorem and Decomposition Theorem for l-adic perverse sheaves.

David Jensen spoke about recent joint work with Sam Payne in which they prove that the moduli spaces of curves of genus 22 and 23, respectively, are of general type.  (This was known previously for genus at least 24 by Harris-Mumford and Eisenbud-Harris; for g at most 16

is uniruled, and in particular not of general type.  Nothing is known for

.)  The technique of proof is as follows.  For

, Gabi Farkas showed that if the locus

such that there exists a map of degree

whose image is contained in a quadric is a divisor in

, then the canonical divisor on

is big.  A priori, one only knows that the codimension of

is a virtual divisor.  Jensen and Payne establish the strong maximal rank conjecture in these particular situations, proving that if

is a general curve of genus

then the multiplication map

is injective for all divisors

.  (Note that the “weak” maximal rank conjecture is now a very recent theorem of Eric Larson.)  The technique which Jensen and Payne use to prove this statement is a generalization of their earlier work in this paper and its sequel.  In particular, they use linear systems on metric graphs (specifically chains of loops), tropical independence, and a careful study of the liftability of certain tropical linear series.  See this paper which I co-authored with Dave Jensen for an introduction to tropical linear series.

, and by taking traces and summing over all lines, they obtain a “universal” identity in the Grothendieck-Witt group GW(k).  Specializing this identity to

, they recover the above-mentioned results.  When

is a finite field, they obtain new results; for example, if X and all lines on X are defined over

, they deduce that the number of elliptic lines on X is always even.  The proofs are motivated by, but strictly speaking don’t actually use,

Kristin Shaw talked about joint work in progress with Arthur Renaudineau in which they prove that a real hypersurface obtained by primitive patchworking (in the sense of Viro) admits a simple upper bound for its Betti numbers in terms of the Hodge numbers of its complexification, strengthening the Smith-Thom inequality for such varieties and confirming a conjecture of Itenberg.  The inequality obtained generalizes Harnack’s inequality for plane curves, and does not hold in general for hypersurfaces which cannot obtained via patchworking.  For example, if V is a real quintic hypersurface in

, it is known that the dimension of

can be at least 23 (and is at most 25), while for patchworked V, Renaudineau and Shaw obtain an upper bound of 5.  For an introduction to combinatorial patchworking, see this interactive app which Kristin demonstrated in her talk.

Andrew Snowden spoke about two new proofs of Stillman’s Conjecture, first proved in 2016 by Ananyan and Hochster, which he has obtained together with Dan Erman and Steven Sam.  Stillman’s Conjecture is the assertion that for any (algebraically closed, say) field k and positive integers

, there is an integer N such that if

are homogeneous polynomials of degree

over k in any number of variables, the projective dimension of the ideal generated by the

is at most N.  The first proof, which makes use of ultraproducts, is a much streamlined version of Ananyan-Hochster.  The second proof is quite different, and makes use of a theorem of Jan Draisma that certain rings are “Noetherian up to symmetry” (see this paper by Draisma).  The results of Erman-Sam-Snowden can be found in this preprint.

Lek-Heng Lim spoke about so many different things that I can’t possibly summarize his talk!  I will just mention the following interesting topics: (1) With Ke Ye, Lek-Heng recently introduced the notion of tensor networks and the rank in such a network.  This is motivated in part by considerations in quantum mechanics.  (2) With Qi and Michalek, he applies algebraic geometry to show the “almost everywhere” existence of low-rank approximations to complex tensors, something which fails over the real numbers. (3) With Jinjie Zhang, he has shown that the famous Grothendieck constant (from Grothendieck’s most-cited work, which happens to be in functional analysis and not algebraic geometry!) has a novel interpretation as the norm of the tensor corresponding to Strassen’s algorithm for multiplying 2×2 matrices.

Last but not least, my Georgia Tech colleague Padma Srinivasan spoke about her recent work proving that if R is a DVR with residue characteristic bigger than 2g+1 and X/R is a generically smooth family of hyperelliptic curves of genus g, then the (negative of the) Artin conductor of X is always less than or equal to the minimal discriminant of X.  (Both are measures of how degenerate the family is.)  This extends Qing Liu’s work from the case g=2 to arbitrary genus, and also generalizes Padma’s thesis work in which she proved this inequality in the special case where the Weierstrass points of the generic fiber are K-rational (where K is the fraction field of R).

There was also a conference party with a surprise magic show, and a bonus adventure on Sunday morning in which everyone was locked out of the lecture hall during a heavy flash rainstorm.  So all in all, a great success.  Thanks especially to Joe Rabinoff and Lea Marzo for their invaluable organization help, and also to the scientific committee, which consisted of myself, Greg Blekherman, Anton Leykin, Joe Rabinoff, Kirsten Wickelgren, and Josephine Yu.  And of course we thank the NSF for their continued support of the Georgia Algebraic Geometry Symposium, along with the Georgia Tech College of Sciences for providing extra funds.

This entry was posted in Algebraic geometry. Bookmark the permalink.