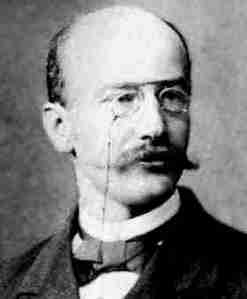 In my last blog post, I discussed a simple proof of the fact that pi is irrational.  That pi is in fact transcendental was first proved in 1882 by Ferdinand von Lindemann, who showed that if

is a nonzero complex number and

must be transcendental.  Since

is algebraic, this suffices to establish the transcendence of

is transcendental as well).  Karl Weierstrass proved an important generalization of Lindemann’s theorem in 1885.

The proof by Lindemann that pi is transcendental is one of the crowning achievements of 19th century mathematics.  In this post, I would like to explain a remarkable 20th century proof of the Lindemann-Weierstrass theorem due to Bezivin and Robba [Annals of Mathematics Vol. 129, No. 1 (Jan. 1989), pp. 151-160], which uses p-adic analysis in a key way.  Their original argument was made substantially more elementary by Beukers in this paper; we refer the reader to [American Mathematical Monthly Vol. 97 Issue 3 (Mar. 1990), pp. 193-197] for a lovely exposition of the resulting proof, which rivals any of the usual approaches in its simplicity.  But I’d like to focus here on the original Bezivin-Robba proof, which deserves to be much better known than it is.  In the concluding remarks, we will briefly discuss a 21st century theorem of Bost and Chambert-Loir that situates the Bezivin-Robba approach within a much broader mathematical framework. END_OF_DOCUMENT_TOKEN_TO_BE_REPLACED 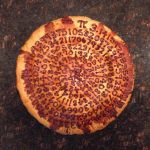 this afternoon.  When I told him that

keeps on going forever and ever he asked “How do you know that?”  Although I don’t know a proof that I could explain to a 7-year-old, I wanted to record the following proof which uses only basic calculus.  It is essentially Niven’s famous proof, as generalized by Alan Parks, but I have tried to write it in a way which is more motivated than the usual treatments.  As a bonus, the proof also shows that e is irrational.